So how, exactly, does the Lord Jesus Christ see each member of humanity? The answer, it turns out, is more relevant than ever—and has three parts.

The three parts are: God’s Kingdom. God’s Family. God’s Church. They’re not the same, but how are they different? People in the churches we lead need to know!

Thankfully, Scripture doesn’t blur the distinction between these three spheres. So, let’s look at them briefly one by one.

Again, this will greatly help us understand how Jesus saw others during His earthly public ministry—and how He wants us to see people today.

How Jesus Sees His Church

The first and smallest sphere in our diagram, again, is God’s Church. The New Testament clearly teaches that Jesus Christ is the Head of His Body, the Church.

The Church is made up of all true followers and disciples of Jesus Christ from A.D. 33 to 2020 and beyond. It’s amazing to realize that you and I belong to the same Church that Mary, Peter, James, John, Paul, Aquila and Priscilla, Lydia, and others belonged to nearly 2,000 years ago.

Thankfully, the Church is front and center of God’s plans for eternity.

Look at what the apostle John wrote in the opening verses of the second to last chapter of the last book of the Bible.

“Then I saw a new heaven and a new earth, for the first heaven and the first earth had passed away, and there was no longer any sea. I saw the Holy City, the new Jerusalem, coming down out of heaven from God, prepared as a bride beautifully dressed for her husband. And I heard a loud voice from the throne saying, “Now the dwelling of God is with men, and he will live with them. They will be his people, and God himself will be with them and be their God” (Revelation 21:1-3).

So who do we find in heaven? Well, first, we find God’s Church. Revelation 21:14 says: “The wall of the city had twelve foundations, and on them were the names of the twelve apostles of the Lamb.” This speaks about how the Church was built on the faith of Jesus’ closest friends and followers, often called the twelve apostles.

We see the Church referred to again in Revelation 22:16a, the last red letter verse in the Bible. There Jesus says: “I, Jesus, have sent my angel to give you this testimony for the churches.”

Eternity will be enjoyed by all the authentic followers of Jesus Christ. Yet… 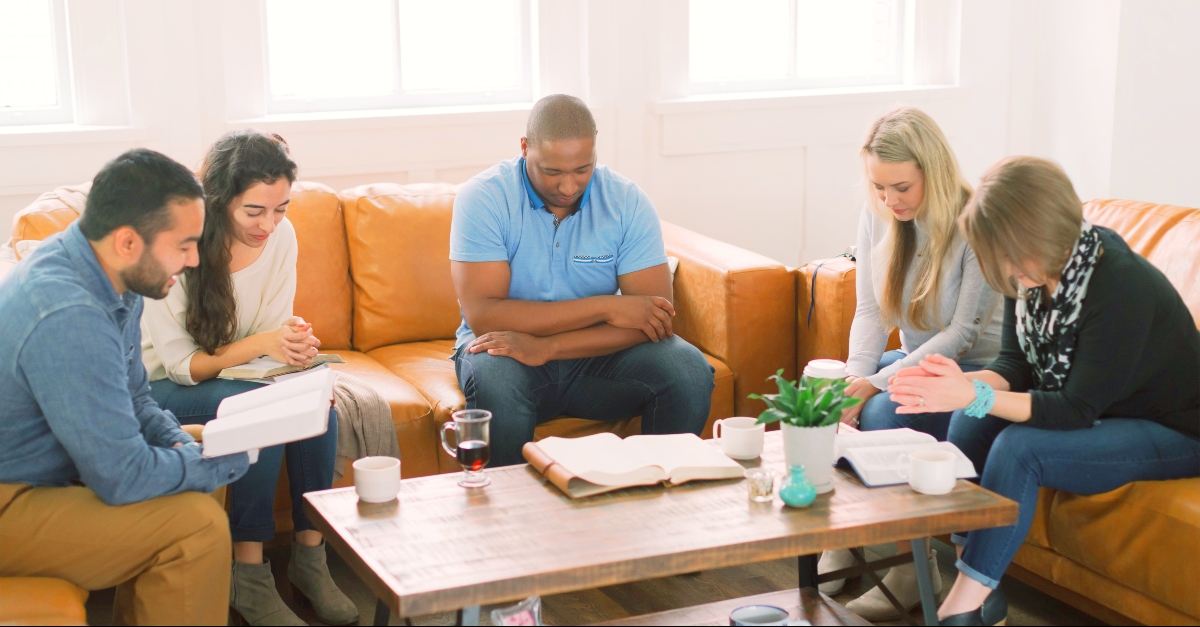 How Jesus Sees His Family

The second sphere in our diagram is God’s Family. God’s Family stretches from Adam and Eve to today and beyond. God’s Family includes all authentic followers of Jesus Christ who belong to the Church. It also includes many others who live outside the Church.

Among others, God’s Family includes all authentic Jewish believers in Old Testament times.

We see this in Revelation 21:12, where we read that the eternal city of God has twelve gates. “On the gates were written the names of the twelve tribes of Israel.”

God’s Family includes even more ancient individuals like Noah, Job, and Abraham who believed in God long before the existence of the ancient Israelite nation, the Jewish faith, and the Hebrew Scriptures.

God’s Family also includes the massive numbers of Muslims coming to faith these days. Two former Muslims, who now are outstanding evangelists proclaiming the transforming power of the Gospel of Jesus Christ, keep me spellbound. They and many others tell us that Muslims are coming to Jesus Christ by the hundreds of thousands around the world. One of the most amazing things is how many report that they first heard from Jesus Christ Himself, who appears to them in dreams and visions.

I am so thankful we can be sure that eternity will be enjoyed by all of God’s redeemed children down through the ages. Among other places, we see this in Revelation 22:16b, where Jesus says, “I am the Root and the Offspring of David and the bright Morning Star.” There He speaks both to the ancient Jewish people who believed in Him—and to others, like the ancient magi and a primitive tribal chief, who see God’s reality, power, beauty, and might in creation, and passionately long for that reality in their own lives.

Eternity will be enjoyed by all God’s Family down through the ages.

How Jesus Sees His Kingdom

The third and largest sphere in our diagram is God’s Kingdom. Without question, Jesus Christ is the rightful, exalted King of God’s Kingdom.

God’s Kingdom is the context through which He is advancing His purposes through humanity here on earth. That context includes God’s work around the world and down of all ages through emperors, kings, prime ministers, presidents, governors, mayors, and other government officials, whether or not they believe in God yet.

You see, God can use anyone to advance His purposes here on earth (Daniel 2, 4, 6 and Romans 13:1-7). If God could use ancient Pharaohs, and kings Xerxes, Cyrus, and Nebuchadnezzar, and ancient Caesars from Julius to Augustus to Nero, God can use anyone.

We see this in Revelation 21:24, where the apostle John records that fact that “The nations will walk by [God’s] light, and the kings of the earth will bring their splendor into it.” Then look down two verses to Revelation 21:26, where we read: “The glory and honor of the nations will be brought into” the eternal city of God.

Then look down three more verses to Revelation 22, verses 2 and 3: “On each side of the river stood the tree of life, bearing twelve crops of fruit, yielding its fruit every month. And the leaves of the tree of life are for the healing of the nations.”

So, in the last two chapters of the Bible, we see God’s Church, God’s Family, and God’s Kingdom each in focus. 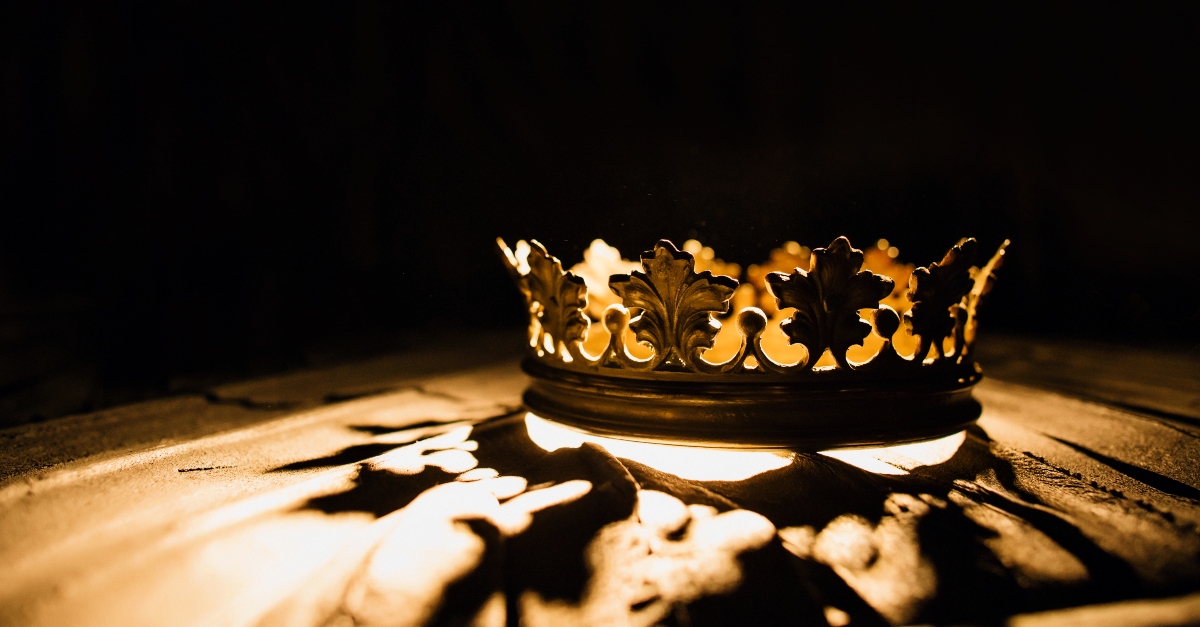 How Jesus Wants Us to See Others

So what’s the take-away value of looking at God’s Kingdom in light of eternity?

It puts a whole new perspective on everything in this life—as we look back through history, as we look at the 21st century so far, and as we look ahead to what may be coming.

The reality is, the more opposed someone is when God starts using them, the more likely that the one true Lord God will draw them to faith in Him. It sounds counterintuitive, but we see this over and over in Scripture, in Church history, in modern biography, and in contemporary experience.

The best example of this is the Syrian military commander Namaan, the archenemy of the kingdom of Israel during the days of Elisha the prophet. The second best example is Manasseh, the most wicked tyrant in the kingdom of Judah’s history. The third best example is Saul, whom Jesus confronted on the road to Damascus. In their day they each qualified as the worst of sinners. Yet God!

Let’s make a distinction, however, between “servant” and “citizen.” Not all “servants” in God’s Kingdom are “citizens” yet. Citizens are going to spend eternity with God. Servants may or may not. Heaven and hell are both real. God’s desire, of course, is that none perish, but that all come to repentance (1 Timothy 2:3-4 and 2 Peter 3:9).

How Jesus Wants Us to Pray for Others

Who is Jesus using in your hometown, in national politics, on Wall Street, in the sports world, in the entertainment world? Who comes to mind? Have you ever thought of them as God’s servants? Have you ever prayed for God to use them? Have you ever wanted to see Jesus transform their lives?

Lord, please help me see others as You do!

This content first appeared on Crosswalk.com and is used here with permission. To view the original visit: https://www.crosswalk.com/faith/spiritual-life/how-does-jesus-see-humanity.html