Is there any hope if someone imitates the prodigal son (Luke 15:11-24), wanders away from God and the Church, and lives it up in various sins season after season?

Would you reply “no” to this question?

If that’s what you and I think, we’ll likely never pray, let alone pray with hope, for our wayward prodigal friends and family.

Or, maybe you might say: “Why should I care? It could never happen to me.”

True, none of us wake up in the morning and say, “I think I’m going to deliberately rebel against God and screw up my life today.”

No, we much more often choose to sin by degrees.

How prone we are to hear God’s Word and then shortly after ponder, “Well, I am forgiven after all, and I’m not quite strong enough to obey that anyway.”

The problem, as James 2:10 reminds us, is that to disobey God in one point is tantamount to rebelling against everything God has said.

Do We All Struggle with a Serious Heart Defect?

Sins eventually betray a serious defect deep in our hearts.

When I look back at all the sins I’ve committed along the way the past few weeks, I get worried.

What’s wrong with me? Or, perhaps better put, Why am I so self-inclined and so God-averse? Why am I so apt to choose my will, my way, my timing...instead of choosing God’s will, God’s way, God’s timing?

Why am I apt to commit various assorted little sins?

By “little,” of course, I mean little in our eyes, not in God’s eyes. Sin is sin.

That I am quite glad not to murder or start a sexual affair today is no great virtue when I’m just as apt to ignore God’s presence in my life. 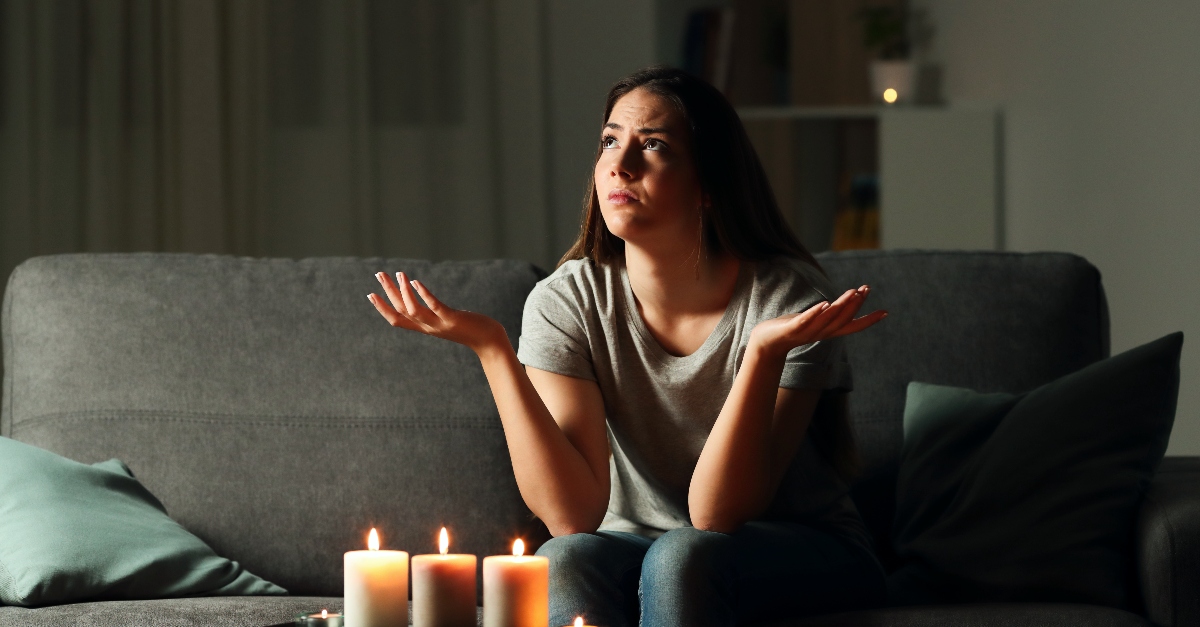 Sadly, the more I insist that others (my family, church members, and others) should follow in my best footsteps, the more I’ll end up harming them.

That doesn’t mean that I don’t live out my faith before others, but I don’t point an accusing finger and insist that they follow my example. If the fruit of my actions isn’t compelling enough in and of itself, I should be quiet. The more I urge and argue and insist, the more I’m going to drive them from the faith.

We see this clearly in the lives of the children and grandchildren of the great English evangelical reformers. Many of their descendents rejected and renounced the faith, agonized deeply over their loss of faith, often still professed a love for Jesus, but became agnostics or atheists instead.

Part of this was the result of their parents or grandparents anti-intellectualism, which left them unprepared to face the tough questions and outright attacks posed by academia, but a bigger part was all the petty legalism they had grown up abhorring.

Their response isn’t much different from many in today’s generation. One college graduate put it this way:

“Raised in a world of stained-glass windows and Wednesday night prayer meetings, I had been driven away by the gossip, judgmentalism, and legalism that confronted me every time I darkened the church door.

I felt scorned by other Christians. So I scorned right back by refusing to be associated with my church. The irony is that I’d done to them exactly what they’d done to me.”

My wife Renee and I met Ashley online shortly after one of our wedding anniversaries. Ashley had grown up in the church, and even worked at a Christian bookstore, so she was surrounded by Christians—yet she felt spiritually frozen. Just as seriously, she was sexually involved with several older men, constantly looking for that “right person” to give her the love and companionship she felt she was lacking.

“I hear people talk about how God has changed their lives and even though I accepted Him, I don’t see any change and I’ve felt like God has dumped me,” Ashley told me in an email. She explained that she had never really felt God’s love or forgiveness, but she desperately wanted to.

In my reply, I told Ashley, “God knows about and completely understands your struggles. He forgives and purifies us from any and every sin we’ve ever committed. Believe me, Ashley, I’m not taking your situation lightly. But you haven’t committed the unforgivable sin.” I encouraged her to read several passages of Scripture and sent her an article about experiencing God’s forgiveness.

Ashley’s response was encouraging. “Last night I read some of the verses and it was like they were talking to me.” Over the next several weeks, she began to dig deeper into God’s Word, and found a mentor to help keep her accountable.

Then some unexpected trials hit. Ashley’s ex-boyfriend called to say he wanted to get back together, but when she went to meet him, it became apparent that he was only interested in sex. She boldly said “no” to him, and he dumped her. Later that week, Ashley’s mom lost her job, and someone tried to steal Ashley’s car. 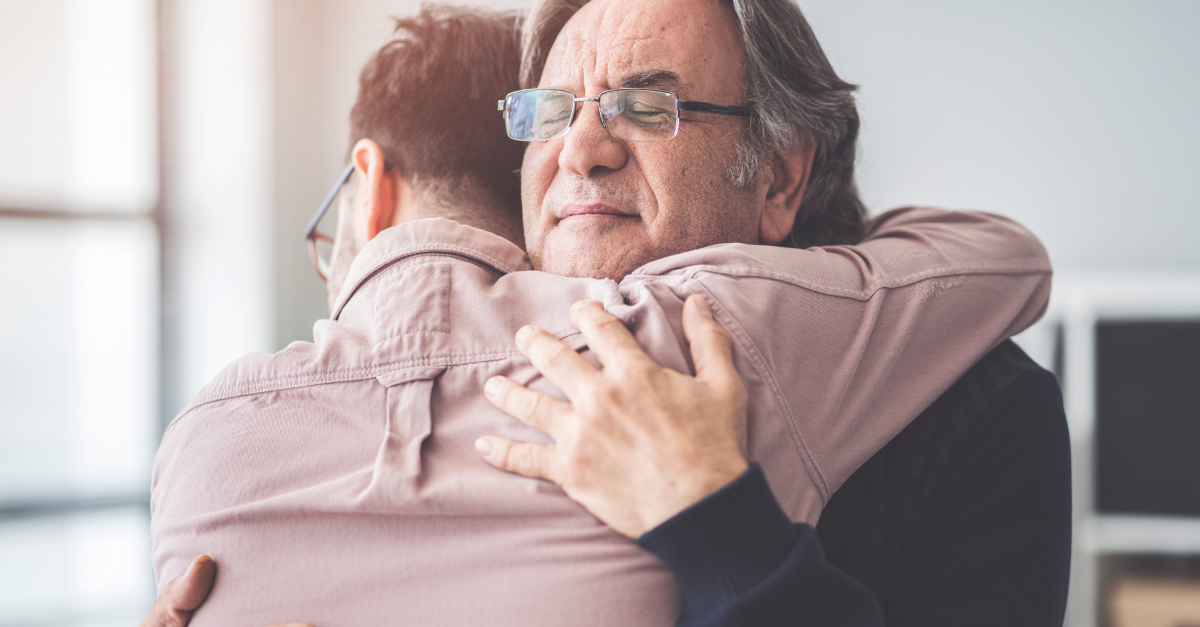 Yes, There Is Hope!

Over the following months, Renée and I both prayed for Ashley and continued to correspond with her by e-mail. We praised God at one of her responses. “It is still a time of struggling emotionally, but I am getting much better, and I’m growing much stronger…I have learned to lean only on God, because when I tried to lean on people, I just ended up hurt.”

A few months later, we were even more encouraged to hear she had found a ministry position in her church, was going back to school, and had earned a promotion at her job. She wrote:

“I am doing great, thanks to God. It is unbelievable how things went from really bad to really good. I have been really blessed these last weeks, I’m praying that those blessings keep on coming the way they are and that the storm is finally over. It is in fact true that if we seek His kingdom first, everything else will be added on.”

Ashley’s story is a powerful reminder that God doesn’t give up on you or me, even if we fail Him repeatedly.

Sadly, failing God repeatedly is what I do best. While I may not have physically committed adultery or done other even more scandalous things, I have sinned against my heavenly Father and against Renée and family and friends.

Listen to our podcast, Teach Us to Pray with Christina Patterson. You can find all the episodes at LifeAudio.com. Here's Episode 1:

This content first appeared on Crosswalk.com and is used here with permission. To view the original visit: https://www.crosswalk.com/faith/spiritual-life/is-there-hope-for-wayward-prodigals.html

Don't Bother Me with Details! - Crosswalk the Devotional - April 14

Is your life "boring" right now as you work through the inane details of day to day living? Rejoice in knowing that God's hand is at work even in these little things.