Joseph of Arimathea asked Pilate for the body of Christ. “He took it down and wrapped it in a linen shroud and laid him in a tomb.” (Luke 23:53)

Paul wrote “we were buried therefore with [Christ] by baptism into death in order that, just as Christ was raised from the dead by the glory of the Father, we too might walk in newness of life.” (Romans 6:4)

Jesus raised Lazarus from the grave. He could have resurrected his friend’s ashes if the man had been cremated, but that’s not how the Bible story played out.

The language of the Bible seems to tell us that burial is the way to go. We aren’t expected to burn our loved ones when they die but to bury them. Hence, controversy and confusion around cremation continues.

Our bodies are supposed to be lovingly treated and placed somewhere our family members and friends can find them and visit. Joseph’s actions demonstrate this expectation and importance of treating a loved one’s body with respect.

Jesus didn’t have a place to lay his head in life, but Joseph was determined the man would be given a dignified burial. And the women...they “saw where he was laid.” (Mark 15:47)

It was important that Jesus’ disciples were able to identify where his body supposedly lay—ostensibly to go and mourn him, but really so they could be stunned when he wasn’t there.

Burial isn’t always respectful. There was an incident in the Old Testament when a person was judged unworthy of a burial inside the city. Jehoiakim, the son of Josiah (King of Judah), was “buried like a donkey, dragged away and thrown outside the gates of Jerusalem.” (Jeremiah 22:19)

You can be cremated with honor or buried with contempt.

A God-honoring, Christian burial is tender, loving, and it shows sensitivity towards mourners. Burial is also a symbol: we will be resurrected bodily when Christ calls us home. Those coffins will be empty one day, like Jesus’ tomb.

So, What If Loved Ones Were Cremated?

Biblical references to burial might make you nervous over the eternal fate of a dead relative who was cremated. What if this person was a believer...can they get to heaven without a body?

If I believed there has to be a body for resurrection to take place, then that would leave me deeply distressed for believers in my family who were cremated.

I wouldn’t worry, though. Dr. Roger Barrier remarks in “What Does the Bible Say about Cremation?” that “since God is big enough to produce a world-wide resurrection, He certainly can make a spiritual body from only a speck of dust—or less.”

When we are called home, it won’t matter what remains of our bodies, or even if those remains are scattered. Christians will enjoy a bodily resurrection; they will be alive in Christ. Right now, the bodies of believers are not hidden in the ground; they are “hidden in Christ Jesus.” (Colossians 3:3)

There is also the tragic reality of violent death: car accidents, war, torture, fires, and explosions for example. The saints will go home to Christ no matter how broken their mortal bodies were.

In other words: I don’t think that cremation prevents a person from entering heaven.

God doesn’t instruct us to “believe and be embalmed.” Numerous Christians were burned alive in the early years of the church. Many martyrs have died similarly horrific deaths. There’s no doubt about where they will spend eternity.

Which Choice Is Best for the Environment?

In this verse, God is talking about the pollution of murder, of spilling blood. But it’s reasonable to think the Lord would want us to treat his earth respectfully. When God finished creating, he “saw everything that he had made, and behold, it was very good.” (Genesis 1:21)

Why wouldn’t a faithful child of God want to preserve the earth? Coffins and caskets aren’t eco-friendly; using up space to store boxes made of wood, metal, and other materials takes away land for raising food crops. But the emissions from incineration cremation are poisonous. Some might say that the responsible Christian will choose burial as the lesser of two environmental evils.

Yet, according to agreenfuneral.org, cremation can be managed without releasing harmful chemicals into the air, and innovations are emerging all the time to reduce or eliminate this problem. An even better solution is to cremate the body without fire. Instead, the body is turned to ash using “a special chamber where it is subjected to water, heat, pressure and potassium hydroxide” without releasing toxins into the environment. It’s not time-intensive, doesn’t cost more than regular cremation, and could eventually cost less.

If you arrive at the conclusion that it doesn’t matter if your body is turned to dust or is permitted to rot over time, then there are lots of innovative ways to deal with the dead and reduce environmental impact.

The Issue of Fire

In Dr. Barrier’s article, John Piper explains that cremation offends some Christians because of “references to hell and evil being associated with fire.” Burning a body was “seen as a sign of contempt.” Yet, as Dr. Barrier points out in “What Does the Bible Say about Cremation?” “no matter which burial practices one follows, the results are always the same: ‘Dust to dust, ashes to ashes.’”

Fire is associated with “the fiery hell,” (Matthew 5:22) whether hell on earth or the literal hell where unbelievers send eternity. I think of torture and cruelty. No alternative to burial sounds comforting, dignified, or sensitive. Something must be done, but what will be least offensive to those left to mourn?

We have to be sensitive to the beliefs and perspectives of spouses, parents, and everyone involved in choosing the method of saying goodbye. “Investigate why your family doesn’t approve of your cremation choice.” If they are worried about your eternal soul, at least talk about the issue. The idea of a parent’s body disintegrating at a high temperature might be as horrible as fire. As Barrier reminds us, “your body is still your body,” but this is a delicate matter. If mom really believes you need your body to rise from the dead with Christ during the Rapture, treat her concern sensitively. 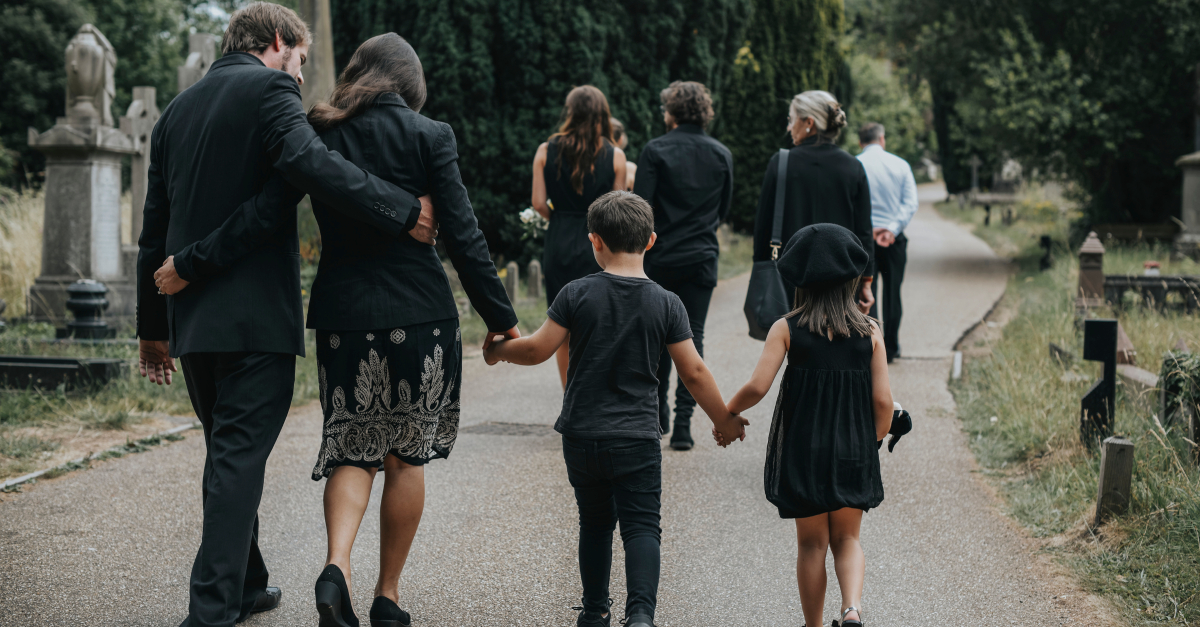 “For a body to lie unburied was a curse, hence the emphasis on burial placement. It was a disgrace to be buried away from the family among strangers” writes David Guzik about Old Testament burials.

God had a man buried outside the city walls in the example from Jeremiah to make a statement and to warn his people. “The strong emphasis in the Old Testament on burial serves to bind the dead with their ancestors,” says Joseph L. Trafton. But that’s the distant past; we tend to “unfriend” people we don’t like, not bury them on the outskirts of town. For the true Christian, grace means that we are never outside the city walls; never disowned from the family of God.

Still, tradition is a comfort. We want our deceased loved ones close, even though they aren’t in their bodies or their ashes. Many of us prefer to imagine a relative or spouse merely sleeping, intact, nearby. If we can visit this resting place, we can have some peace.

For many, it’s about closure...knowing “this is real.” I don’t visit my mother’s plot, nor do I wish to do so, but I was at the cemetery when her ashes were interred. I know for sure she’s not in the urn or on this earth.

Funerals are for mourners; the dead don’t attend. Whether cremated or buried, families simply want to know where their loved ones’ remains are located.

Grief is natural, but a morbid interest in death is a form of idolatry. If the manner in which my body is disposed of makes no difference spiritually, then I’d rather spend as little time thinking about it as possible and get on with life. The controversy over cremation is only fruitful, as far as I’m concerned, if it is a gateway to deeper understanding of the resurrection; of God’s miraculous power. The topic always reminds me that it’s too easy to zoom in on the issue of death, of how we will be remembered, and of the tragic fear that some people associate with the whole topic.

The biggest snare here is for the living; the temptation to worship dead family instead of the living God.

What Does the Bible Say about Cremation? (Crosswalk.com)

What Does the Bible Say about Cremation? (Christianity.com)

10 Things Christians Should Know about Death, Burial, and Cremation

Candice Lucey loves Christ and writing about His promises brings her much pleasure. She lives in the mountains of BC, Canada with her family.

This content first appeared on Crosswalk.com and is used here with permission. To view the original visit: https://www.crosswalk.com/faith/spiritual-life/why-is-there-controversy-over-cremation.html

When Sin Bubbles Up - Crosswalk the Devotional - September 20

What causes us to do the very things we don’t want to do?