There’s More Than Just MY Way?
By: Anne Peterson

Do nothing from rivalry or conceit, but in humility count others more significant than yourselves. - Philippians 2:3

When I got married, I figured it would only be a matter of time before I converted my husband over to doing things the right way—my way. It never entered my mind that this was wrong thinking. And when I learned that Mike had his own opinions about things, I must say it shook me up a bit. But I was still committed to the task at hand.

Controllers are like that. I learned that well from my family of origin. When you grow up in a dysfunctional home, things seem out of control. In order to survive, you learn the art of controlling things. When you are in that situation it is a matter of survival. But maturing and a great deal of counseling enlightened me to the truth. My methods, which were meant to help me survive, no longer work now.

Marriage and counseling would help me see there is not just one way to do things. And even when I did see that, I needed to stop labeling the other ways as wrong. I had to learn thinking was more than just black and white. The challenge came when I realized I had married someone who also had black and white thinking, and that his way was right. Picture if you will two-horned animals butting their heads. Now you can see what we were up against. Each other.

Instead of being equal, at times, I saw us as rivals. When? When we didn’t agree. And sadly, that was often. But then God entered the scene. God, who wanted us to submit to each other as it says in Ephesians 5:21. And submitting did not mean, I’ll let you have this time, but next time it’s my turn. Kind of an exchange system. No. We’re told to submit as a reverence to Christ. When we submit to each other, we honor Jesus. 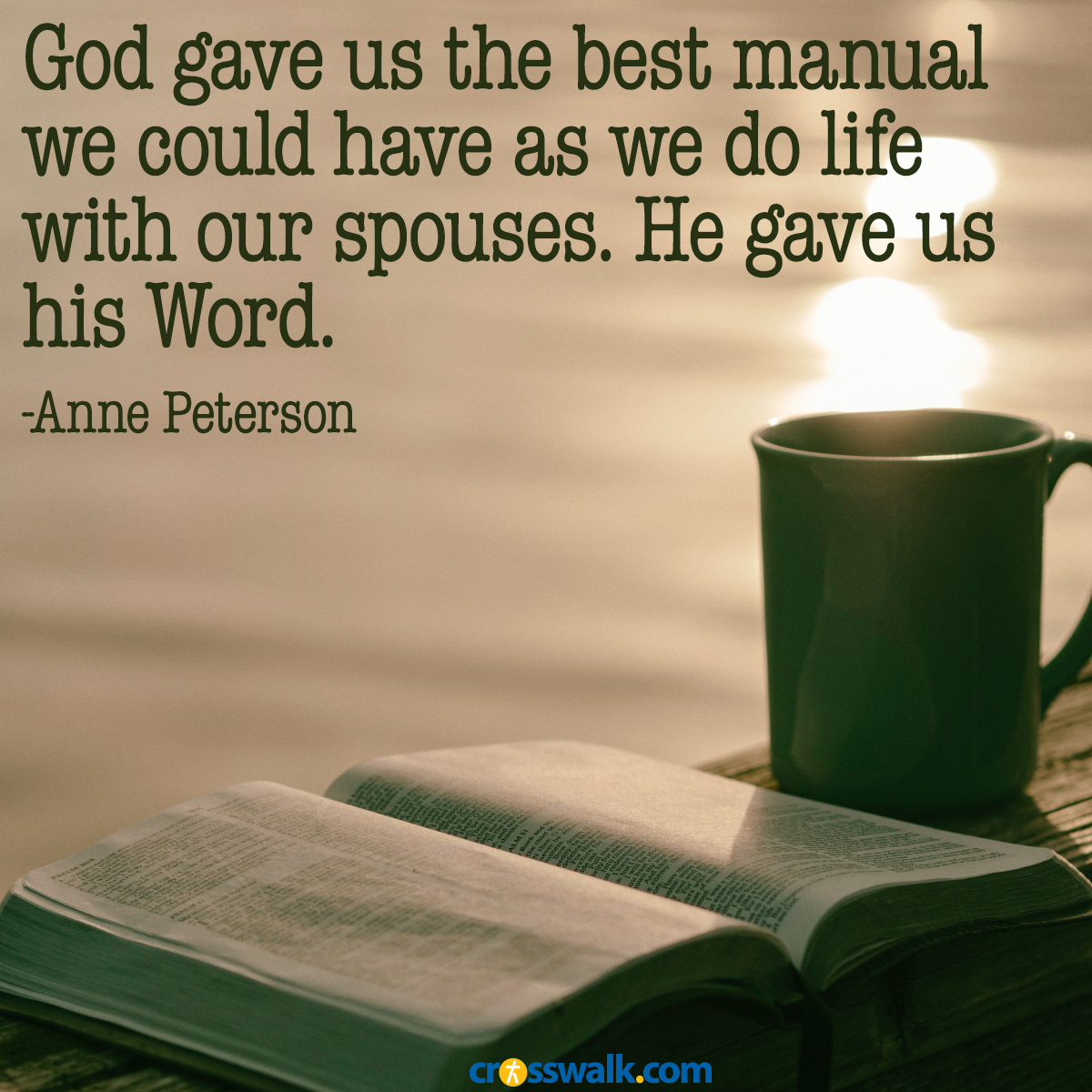 Not being willing to submit is a matter of pride. I didn’t want to type that sentence, but it’s the definition of conceit. And I saw those times I didn’t want to budge were times I was full of myself. All I cared about was proving Mike wrong. Wanting to be right is the opposite of humility. Jesus was right, but he was humble. And sometimes silent.

I started quietly telling myself a line. Over and over, when I was tempted to want my own way. The line was Different doesn’t mean wrong. There were areas Mike and I agreed on, like the way a toilet paper roll should go. So there was no problem there. But when we got to those areas where we couldn’t see eye to eye. Well, that’s when I had to talk to myself.

I realized our arguments weren’t drawing us closer, but instead, they put distance between us. And for what? Because I wanted to be right. God wanted us to live peaceably as he mentioned in Romans 12:18. The Holy Spirit was faithful in pointing out when I wanted my way, more than I wanted peace. God works in us when we accept Jesus’ sacrifice for our sins. It says in Philippians 1:6, God will continue that work until we look like Jesus. All he asks us to do is respond to him when flaws are pointed out. And the Holy Spirit does this with gentleness, he doesn’t blast us. He simply says, “That behavior doesn’t look good on you.”

It started becoming easier to loosen my grip on having to be right. Except maybe for how I like my towels to be folded on the shelf. Wait, I did say God is at work, he’s not done with me yet. Seriously though, it’s a wonderful thing that God gave us the best manual we could have as we do life with our spouses. He gave us his Word.

Anne Peterson and her husband, Michael have been married for 43 years. Anne is a poet, speaker, published author of 15 books, including her latest book, Always There: Finding God's Comfort Through Loss and another memoir, Broken: A story of abuse, survival, and hope. Sign up for Anne’s newsletter at www.annepeterson.com or connect with her on Facebook.