The Necessity of Compassion
By Jen Ferguson

“So he returned home to his father. And while he was still a long way off, his father saw him coming. Filled with love and compassion, he ran to his son, embraced him, and kissed him.” - Luke 15:20, NLT

If you know the story about the prodigal son, you know there’s two brothers: one older, one younger. The older is the one who always seems to do the right thing. He’s diligent, obedient, and a hard worker. The younger one likes to walk on the wild side. He throws caution to the wind. He’s all about fun, even if it comes at the cost of relationships. He tells his father that he wants his inheritance now (i.e. “You’re dead to me, Dad.”) and leaves the family land.

He lives the high life for a while, but has to come crawling back when he can no longer afford his high. He legitimately humbles himself, eating with the pigs, and wonders if maybe his father will take him back as a servant. One would think the father would have washed his hands of his boy the moment he walked away with all the money, saying something like, “If I’m dead to you, you’re dead to me.” I’m guessing that’s what the older brother thought. Self-righteousness lends itself to that way of thinking.

How do I know this? Because for most of my life, I held the attitude of the older brother. I had zero compassion for the younger sibling. He made the mistake. He suffers the consequences. And upon his return, my thoughts echoed what the older one said. To paraphrase, “I’ve been slaving away all this time and you’ve never thrown a party for me.”

If one has a similar attitude to the older brother (or to me), this makes marriage difficult, especially when one person has a committed a grievous sin. Yes, the sin is grievous, but so is the lording of that sin over the sinner who now has a contrite heart. We “older brothers” develop this mentality that we are good and our partner is bad. We are the ones who do “the right thing” and they are the ones who are always screwing up. We adopt this highly inflated view of ourselves, which ends up leading to a belittling or shaming of others. And all of this can be summed up in one word, which also happens to be a grievous sin: pride.

One day when I was studying this story in Luke 15, God called me out. When I reflect back on that moment, I remember it as God saying “You. Are. The. Younger. Brother. Too.” I play it back in my head and it seems there were neon lights surrounding this message, as well. I chuckle about it now, but it was actually a very sobering event in my walk with God and in my marriage. I understood the reality that sin is sin, sin is separation from God, and I had let my pride drive a wedge in both of these relationships.

One of the reasons pride is considered a deadly sin is because it keeps us from accessing compassion for others. When we do not have compassion, we do not show love. We do not offer grace. We live under the delusion that our good works somehow insulate us from wrong-doing and if we do somehow do wrong, it’s not nearly as bad as that of others. Or, we believe we do so much “good” that it keeps the scale forever tipped in our favor. Essentially, we believe we have to earn other’s love and other people have to earn ours. 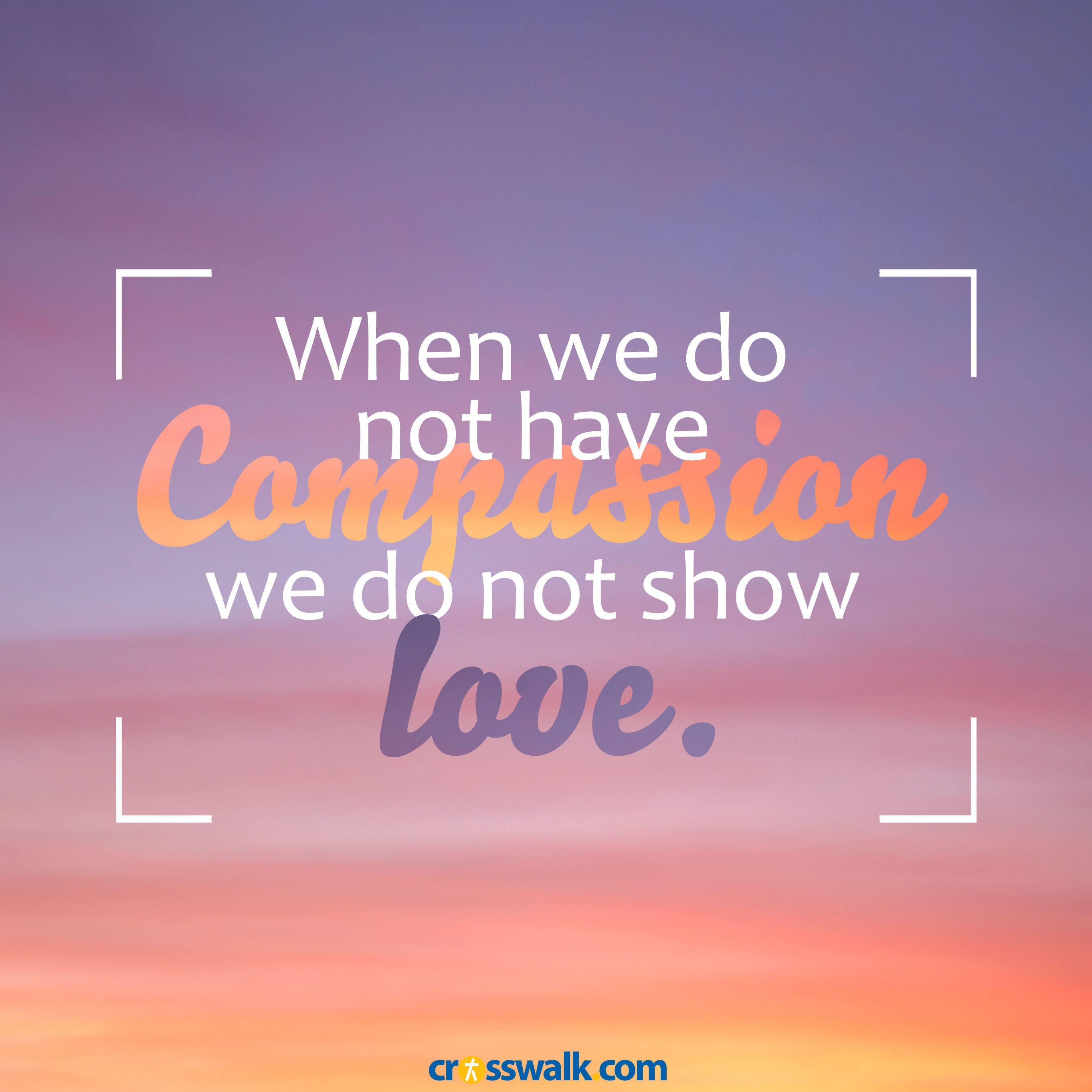 And all of this flies directly in the face of how God loves and how the Bible calls us to love each other. God reflects His posture toward us in the behavior of the father of the prodigal son. Luke 15:20 tells us that the father was always looking for his son to return on the path from which he left. And when that day finally arrived, instead of scolding with his words and pointed finger, he embraced him with a hug and commands to celebrate.

And this is what compassion does — it enables us to see the true heart of the one who has hurt us and brings awareness that we are just as much in need of grace as the one who stands before us. And this is the path to healing and restoration, both as individuals and as a married couple.

Jen Ferguson is a wife, author, and speaker who is passionate about helping couples thrive in their marriages. She and her husband, Craig, have shared their own hard story in their book, Pure Eyes, Clean Heart: A Couple’s Journey to Freedom from Pornography and are also creators of the Marriage Matters Prayer Cards. They continue to help couples along in their journeys to freedom and intimacy at The {K}not Project. Jen is also a mama to two girls and two high-maintenance dogs, which is probably why she runs. A lot. Even in the Texas heat.